Yesterday I stopped by AdTech at the Hilton in NYC. Just by glancing over the exhibitor list, I knew it was going to be big. Once I arrived, I realized how massively huge it was! A couple years ago there were only two floors of exhibitors, this time there were three floors and they were all super packed. The Hilton even had to open a whole new section, which wasn’t used in previous years. In addition to all of the exhibitors, the traffic flowing through the isles was pretty intense too.

The event is still going on today and tomorrow, but I decided to hit the exhibits on Monday so I can focus on getting all my of stuff together for BlogWorld in Vegas. I’ll be leaving around 5am wednesday morning, making sure I arrive for the first few parties and networking events.

Here are a few pictures from AdTech NY 2007. 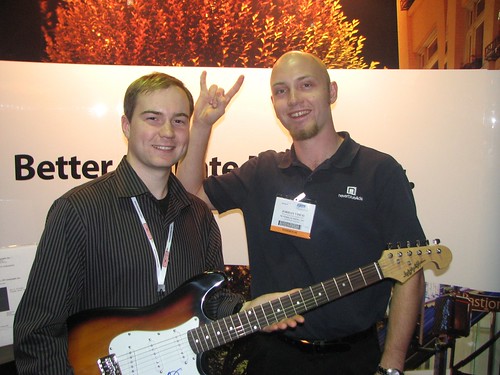 Me and Jordan rocking out at the NeverBlueAds booth.
This year they were giving away an autographed guitar from Nelly Furtado. 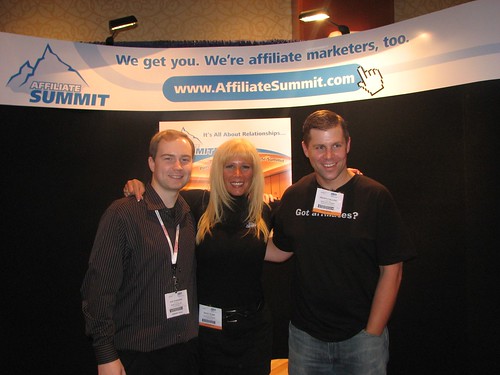 Spending some time with two of my good friends
Missy Ward and Shawn Collins, who run Affiliate Summit. 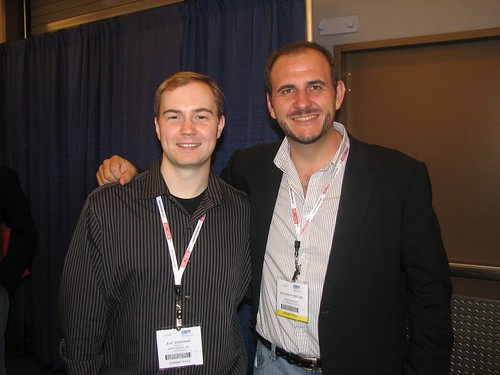 I also got to meet up with another longtime friend of mine, Jonathon Miller.
Jonathon runs ForgeBusiness and flew in from South Africa for the event.