Affiliate Bash at the The Venetian’s Toa Night Club

I just returned to NJ and probably slept a mere 20 hours over the past week while in Vegas… so I still have a lot of updating and catching up to do on Affiliate Summit posts. I spent the final night in Vegas on the casino floor and catching up with some friends… there’s no sleeping in Vegas! So let’s go back a couple days and recap on Affiliate Bash.

One of the highlights of AffiliateSummit was the killer party that was thrown at the Toa night club. This was such a great party, that it took multiple sponsors to host it. The platinum sponsor list included PepperJam Network, RocketProfit, Forge and Blue Man Group. This was also the premier party for the Blue Man Group’s Affiliate Program to go live. In honor of the release of their new affiliate program, the Blue Man Group gave a special 15 minute performance. Unlike their other shows in Vegas, this was in a much smaller room and we were all just a few feet from the stage. You can visit John’s post for a video of the full performance. 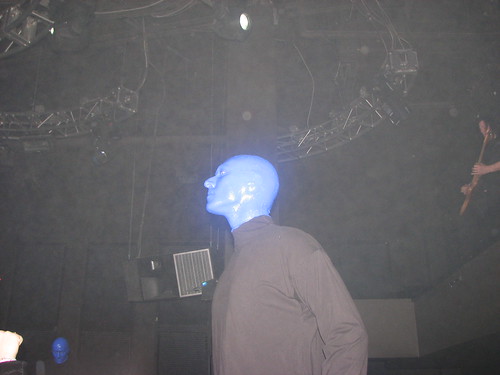 The Blue Man Group were right in the crowd at some points. 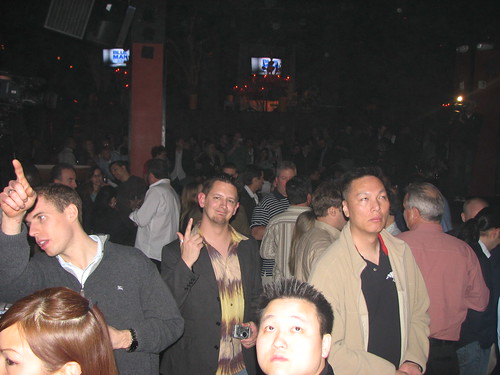 Everyone on the floor getting ready for the show.

In addition to the live show, the food was amazing, and so were the private access rooms offered by the platinum sponsors. This was the event to attend that night and almost everyone was in attendance. 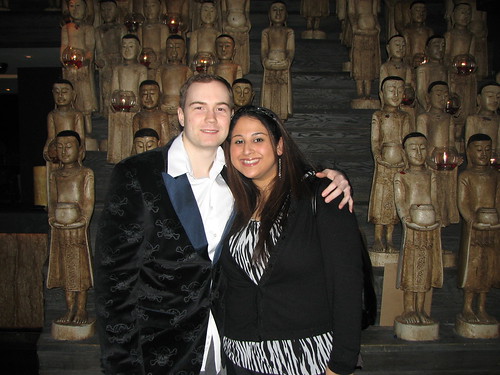 Once you enter the Toa, you are greeted with a ton of statues with candles. 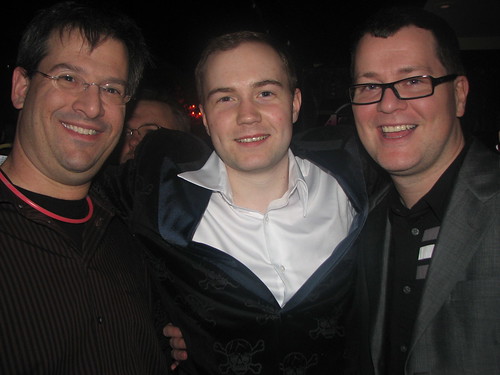 Joel Comm, Myself and Kris Jones in the Private PepperJam Network Room.

In the end, this was a great networking party and place to have fun. The music was also low enough so you could actually interact with others and hold a conversation. This was the first of many Affiliate Bash parties to come, I’m looking forward to seeing what they might throw together for Affiliate Summit in Boston later this year.