The first “official” day of Affiliate Summit East has come to a close. The main highlights so far are meeting with a ton of new blog/twitter readers that have been following my writing over the past several months. It’s really great to see of the new faces that were able to make it to the event this year. I will make an upcoming post on all of my contacts, and if you are at Affiliate Summit yet and still want to meet. Find me tomorrow at the “Ask the Experts” session (at 9am), or send me a message on Twitter.

The day started out with keynote speakers Cory Booker, than regular sessions began. Here’s a recap of the few I attended.

The first session I attended was “The State of Ad Networks“, which features the CEOs of Epic Advertising, MarketLeverage, Buy.at and ClickBank. While there wasn’t anything earth shattering about the session, it was cool to see the collection of CEOs from such great companies. During the session, discussion focuses on how networks pay affiliates, collect funds, what type of tracking softwares they use and how their networks best specialize and accomodate affiliates. 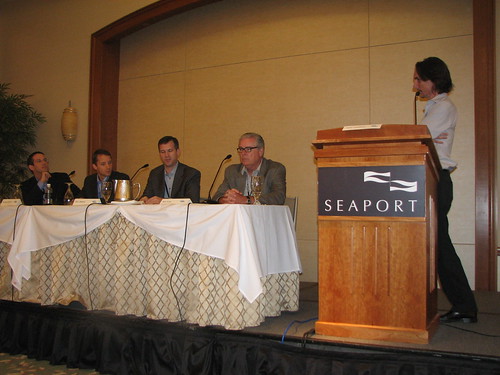 The next session that I attend was “Anatomy of a Great Affiliate Program“. The main reason why I attended this session, was because my friend Ian Fernando was on the panel. The concept and discussions around this session, were pretty basic questions on how affiliate networks manage their programs, run incentive programs and also how they are viewed by affiliates. 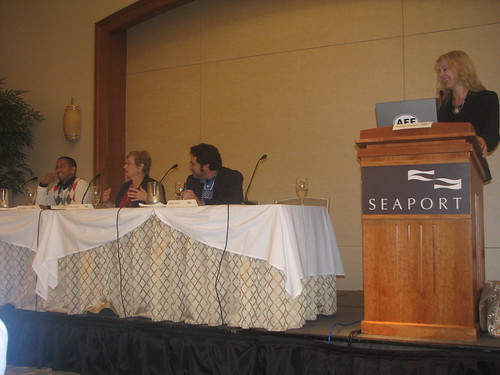 In between sessions, I found some time to hit the exhibit floor and meet with some new people and companies. I found that the short amount of time I spent on the exhibit floor, networking with others, proved a lot more beneficial and knowledgable than attending a few of these sessions. Unfortunately the majority of what’s being discussed, seemed to be so introductory and such basic information. After this session, I attended one more… but it seemed to keep the same tone and non-informational concept… so I skipped out early on. This is when I then headed to the exhibit floor and made some nice contacts.

After hitting the exhibit floor, I headed back to the hotel, then made my way back to the last session of the day. Amit Mehta was the speaker and his session was called “PPC Super Affiliate Strategies You Must Know“. This is the second time I’ve seen Amit speak and even though his presentation (slideshow) was most of the same material from the first time I saw him, he is still a great speaker and his real life examples and experience, makes you want to get to work and make more money than ever. Amit took the time to answer any questions attendees had, then stayed quite a while after he was done to talk with everyone that went up to him afterwards. 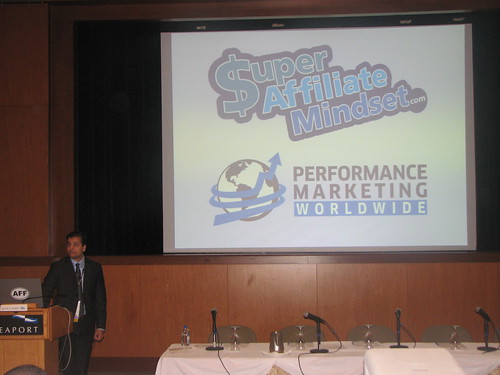 At the end of the conference day, the Affiliate Summit Road Rally took place. It costs $100 to enter (goes to charity), and the winner receives a free booth at the next Affiliate Summit ($4995 value). Of course at the previous Affiliate Summit (in Vegas), when I entered the race, there were around 20 race cars… this time there were only 3! Shareasale blew away the competition and won the race! 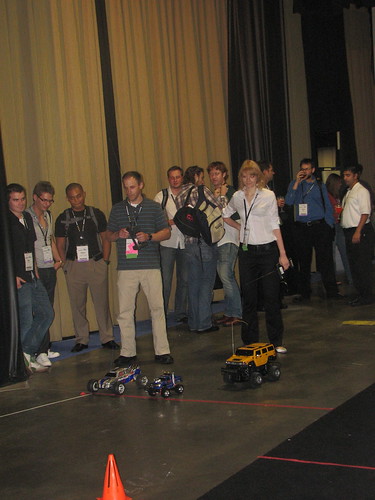 Tonight there is another networking party, and I look forward to meeting some new friends and getting more pictures to post for all of you. Tomorrow should be an exciting (closing) day for Affiliate Summit Boston 2008!