There are lots of internet and affiliate marketing conferences in the world today, but only a handful of them are really great. Affiliate Summit is one of those events that continually brings together the most well knownÂ  and talents collection of people, brands and agencies.

Affiliate Summit East 2012 came to a close today, and of course it was another success. Next year will be the 10 year anniversary of Affiliate Summit, and it will also mark ten years of myself attending and speaking at these events. I vividly remember back in November 2003 when the first Affiliate Summit took place in New York City, then the following year when we all went on a fun cruise to Halifax, Nova Scotia in 2004. There was around 200 attendees to the event, and now you will see anywhere between 4,000-5,000+ attendees at Affiliate East or West. The end count for attendance at ASE12 was 4,279 attendees, which is the biggest yet for ASE.

This year’s Affiliate Summit was another success. The best way to measure how well a conference went for you, is by how many killer contacts and business ideas you’ve gained as a result of attending the event. Getting the most out of Affiliate Summit is easy if you know what to do and where to go. Sometimes you will leave with decent information and contacts, and then there are other times when you just can’t wait to get back home so you can start working on your new ideas. This time I was able to connect with some really amazing people and had a great time that will be sure to result in lots of new business.

The majority of business and networking will be done in the exhibit hall and networking dinners and parties, but there is still a high demand attending sessions at Affiliate Summit. There are always going to be people who are just starting out and want to learn how to make money online or individuals that companies send out to learn new stuff at these events. 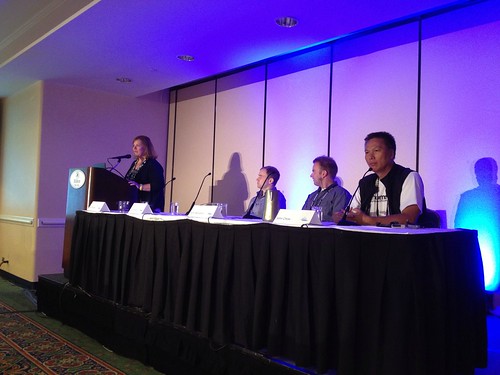 My session was the first one on the first day and it went extremely well. John Chow, John Rampton and myself were speaking on the importance and power of branding, and creating an identity and brand for yourself on the internet. I only attended a few sessions during Affiliate Summit, but from the ones I did attend, ours was the most packed. The Q&A continued through out the session til the very end, leaving no wasted time… which is something many other sessions may come across.

I was surprised to see that many of the other sessions were quite low in attendance. This could be because of the sessions I chose to attend, or just lack of interest from others. Either way, attending sessions is a great way to see case studies and ask Q&A with some of the big names in the industry that you might not be able to link up with if you were to just roam around the conference hoping to randomly meet up with people. It’s also a great way to get some one on one time with the speakers at the end of their sessions.

The Meet Market and Exhibit Hall 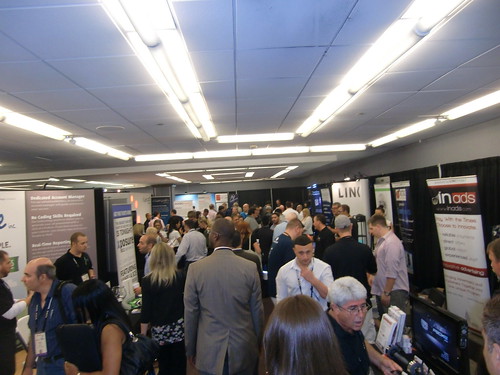 As mentioned earlier, the exhibit hall is always one of the best places to meet and network with new people for potential business and deals. This year the meet market was quite large in size and was full of excellent companies to work with. I remember just a few years back there was a limited amount of companies in the meet market, but the selection and growth to this year was excellent.

The exhibit hall opened up on the second day of the conference and was on two different floors. Again, lots of quality companies and agencies were present. Lots of affiliate and ad networks were present, along with a massive amount of dating networks this time over previous events.

If you were ever hesitant to attend Affiliate Summit because of the pricing for a full pass, you should definitely take advantage of the Networking Plus Pass, which give you full access to the exhibit hall, meet market and other areas. Many of these passes are also given away as prizes through various blogs a few weeks/months before the actual conference takes place. 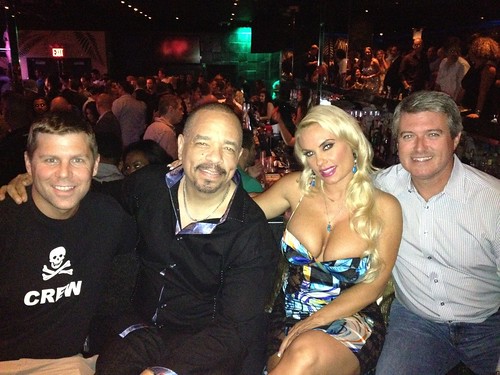 The parties held during Affiliate Summit are never to disappoint. The ad networks and sponsors just love to throw massive parties for their partners and brands, while also signing well known performers and offering complimentary drinks the whole night. I didn’t get a chance to make it to any of the parties, as I had other meetings and stuff going on. Whether or not you are attending parties, dinners or private meetings with people… these types of networking connections are what lead to real business and deals after Affiliate Summit takes place. It’s always good to meet up with people and not have a business setting, but also talking about whatever you feel like and getting to really know some of the people around you.

I did have a chance to attend an invite only dinner which BrainHost put together at the Spark Steak House in Manhattan. They bought out the whole basement and had around 50 guests, many of which were well known and big name players in the internet marketing space. It was a great atmosphere where everyone could talk and enjoy their time without the massive noise and distractions that the party atmosphere usually comes with.

It’s always questionable how any of these events, dinner and networking parties can have a positive return on investment for the companies, but when they are done right, there is no doubt that many of the attendees will remember who they talked with and where they were at.

For more pictures (like the ones in this post) and recaps on the Affiliate Summit conference and future events, be sure to check out their blog.