The second “official” day of Affiliate Summit started with an early 9-10:30am with 9 different speakers in the “Ask the Experts” session. Apparently this was still way too early for the majority of attendees as I would say less than 20% of all attendees actually made the session… not to mention 2 out of the 9 speakers weren’t even there for the start! That didn’t bother me so much, just more people to talk with during my session. I covered the area of “Growing a Blog” and pretty much answered questions, gave new ideas and case studies to everyone at my table. It ended up really great and I think this session would have done even better if it was later in the day, so more people could have attended. 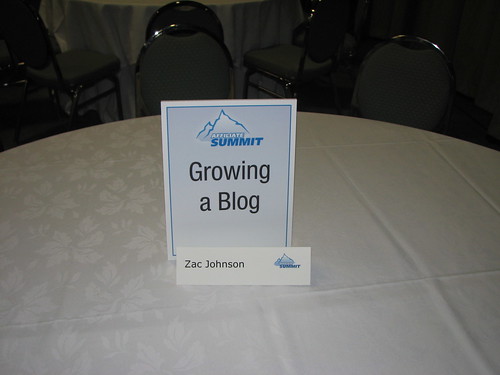 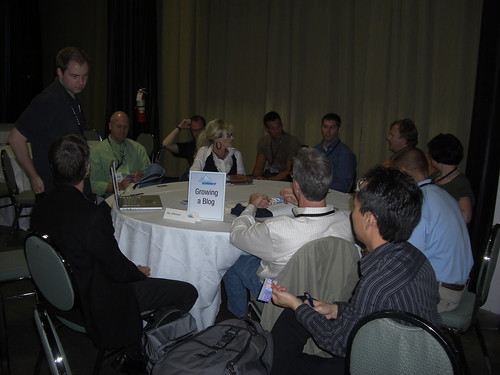 Besides my own speaking session, there was only one other session I was planning on attending for the day, and that was the “Ethical Issues in Affiliate Marketing“. The main reason for attending this event, was the collection of speakers on the panel and to see what they had to say. This has been a battle back and forth over the years with affiliates, merchants and networks on what qualifies as “ethical” and “non-ethical“. With all of battling and sporadic demand for something to regulate the affiliate market, it seems like nothing ever really gets established, nor has made that much of a change. (ie: did CAN-Spam ever clean up your inbox at all?) Nothing will be changed in this market until the people in control and with power, start naming names and make examples. Nonetheless, it was interesting to see and hear what others are “trying to do” to regulate and clean up the affiliate space… 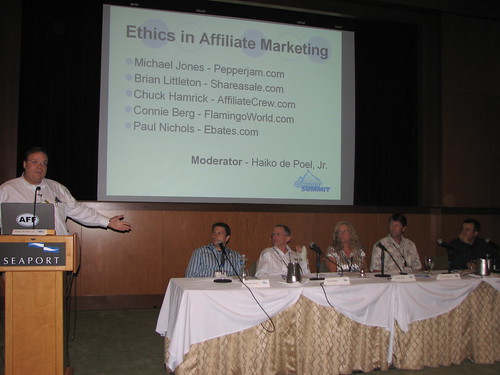 After Affiliate Summit sessions came to a close, the exhibit hall was torn down and the un-keynote took place. Several Affiliate Summit veterans and newbies came up to the mic and gave a few words on the event and their experience. Afterwards many Affiliate Summit stuffed themselves into taxis and headed over to the insanely thrilling Boston Red Sox game vs the Texas Rangers… which ended up with a final score of 19-17, in favor of the Red Sox! 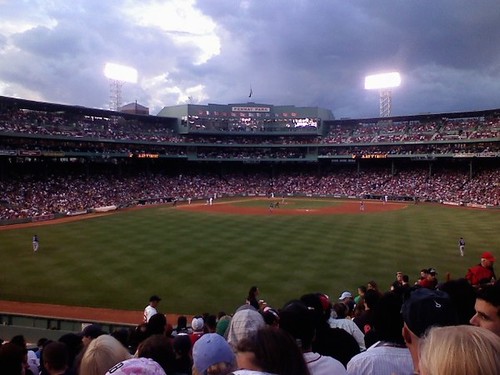 Affiliate Summit East 2008 has come to a close, but there are still plenty of posts on the way! Look forward to seeing more pictures of who I met up with at the conference, some of the exhibitors, ways to improve Affiliate Summit and why you should definitely make the trip out the Vegas for ASW09!