The first ever Affiliate Summit Social Media was held yesterday in NY. Instead of the usual three day conference we are used to, this conference was a one day event. NY decided to shut down the Holland Tunnel for repaving along with one of the Lincoln Tunnels into the city.. so unfortunately I missed the keynote by Don Crowther, but I was able to get there shortly after. Jim Kukral was also the moderator for all panels throughout the day. Here’s how Affiliate Summit Social Media went down.

The first session of the day was with Steve Rosenbaum and Melissa Salas, where they both talked about the importance of video and how they take advantage of social media to grow their businesses. A lot of discussion at the event was around how to track the performance of video and social marketing, and not just for “branding“.

After a quick lunch break, the next session was more focused towards ad networks, as Michael Jenkins of MarketLeverage, James Keating of ShopWiki and Jivan Manhas of Advaliant were up for a panel. Micheal spent a decent amount of time talking about how they have place Market Leverage into social media by having most of their staff on Twitter and advertising and running promotions across several blogs, including this one. Jivan’s Advaliant is also seen on Twitter and he talked more about how affiliates are taking advantage of social media and how to tap into targeted marketed. Lastly James Keating amazed the crowd with some numbers, by stating his landing pages see a 50% increase in conversions when a video is posted on the same page. His ShopWiki site also collects/pays for video reviews from his site users. 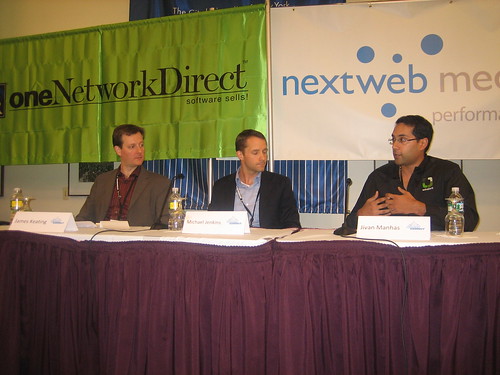 The “Making Social Media Make Money” panel, which I did not expect too much from, actually ended up being the best panel of the day, in my opinion. To start it off, each speaker had their own slides to run through, instead of an open panel discussion, like the previous sessions. The speakers on the panel were Jay Berkowitz, Shashi Bellamkonda and Larry Bailin. Jay Berkowitz went through 50 slides in roughly 10-15 minutes, but he had everything memorized in his head, so it was an awesome run down of many sites and how they are banking and taking advantage of social media. Shashi, from Network Solutions also gave his views on social marketing and how his company it using it to interact with customers. Lastly, Larry Bailin was up and his presentation was also great. In addition to being a great speaker, Larry had some great content to share as well, along with a short video he created for a client (which was in-turn also used for social marketing). 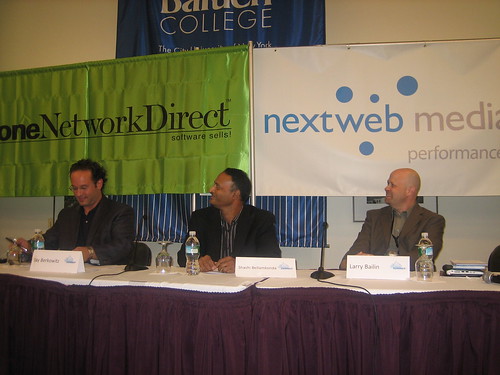 The last session of the day was “Leveraging Social Networks“. I was a speaker on the panel, along with Adam from AzoogleAds and Sachin Agarwal from Dawdle. This session was focused on how affiliate marketers are making money with social networking and was the most Q&A session based of the day. I talked briefly about how to target niche markets on many social networks and building your own creative to increase conversions. Sachin and Adam both gave their own advice on how to market and take advantage of social networking. 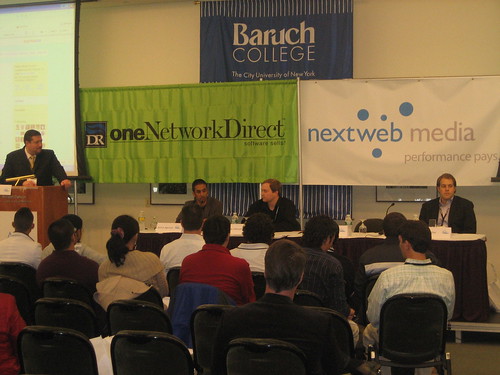 There hasn’t been any video released from Affiliate Summit yet, but once they are, I will be sure to make a follow up post, as I actually did enjoy this event much more than the regular conferences. Instead of having a massive three day event with thousands of marketers and affiliates, it was great to always have full sessions and no one missing out on sessions. I don’t know if this will be an annual event, but I was very happy with the overall response and quality of the event.