Today was the last day of BlogWorld and it was a very memorable one. To start the day off, Leo LaPorte was the keynote speaker. In addition to keeping everyone interested, he was able throw in some humor and inspiration. It was pretty cool to see Leo because I used to watch him all the time on Tech TV, but it only airs in Canada now. 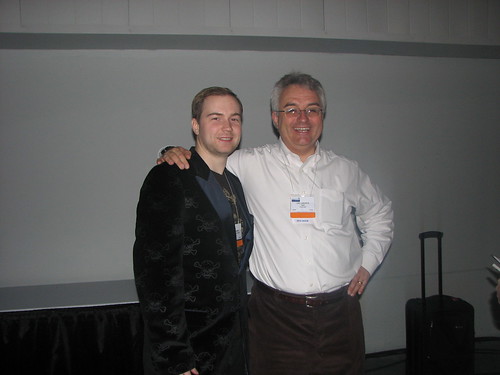 Leo was cool and talked with a bunch of us after his keynote.

The next sessions I went to was supposed to headline Leo LaPorte, Mike Arrington and Om Malik. Unfortunately Mike and Om were unable to show. Since I had just met and talked with Leo, I decided to head over to the “Advanced Money Making Strategies” session, which featured Ted Murphy, Neil Patel, Ed Shull and Asaaf Henkin. This was a great session and afterwards I finally got to meet up with Ted and Neil. Both guys were cool and I’m glad I finally got to talk with them. This session was heavy on text link ad buying and the future of Google taking actions against sites buying links and blogs not using the “no-follow rule”. Very interesting and the Q&A went on for a while. 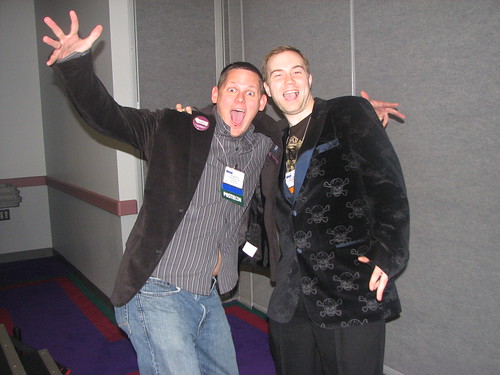 Ted’s a real cool guy. I love his RockStartup videos! 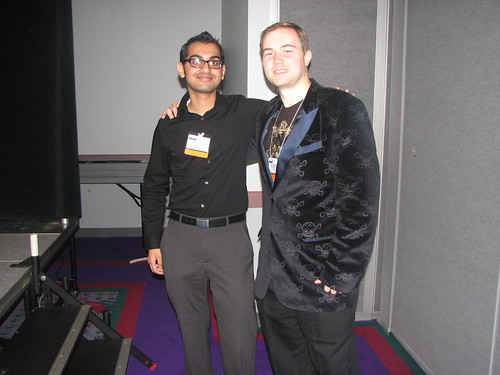 Ah, to be 22 again… Neil’s a cool guy and was great to finally meet him.

Reena and I skipped lunch and the next two sessions and headed over to the Mirage so we could hit “California Pizza Kitchen” before leaving Vegas. Once returning from the Mirage we made sure to get back to BlogWorld early, as Mark Cuban was the final keynote for the event. We arrived about a half and hour before he was due to start, and a line was already forming. Reena and I finally got in and we got great center seats in the second row. Mark Cuban was an excellent keynote speaker and all around great guy… so much, that I will have a full post just on his performance soon. 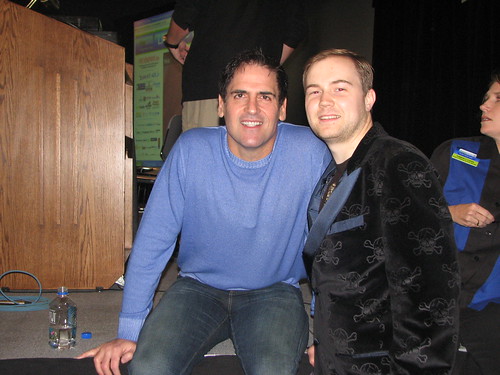 Mark Cuban was awesome. I managed to grab a photo with him before his keynote!

BlogWorld is now over and for a first time event, I would have to say it was excellent and that I will definitely return next year. I have only been blogging for around 7 months now, but to meet up with so many of the guys I have been blogging about and linking to was awesome. I have made a ton of new friends and now more motivated than ever to make this blog that much bigger and better.