Yesterday Reena and I arrived in Las Vegas for the start of Affiliate Summit West 2008. Once arriving at the Rio, we wee anxious to get to our room. I was hoping to get an upgrade, so they put me in a 1,600 ft suite! We went up to the room and it was like a flashback to the 80s! The size of the room was awesomely huge (but unnecessary), and it scaled the whole corner of the building. Unfortunately the bed and furniture were less than comfortable. We went back downstairs to to get another room, they then set us up with the same suite, but this time on the 38th floor. Quite frustrated, we just went to the VIP check-in and told them situation. We were finally issued a smaller renovated suite in their new tower… and everything is awesome now!

Now that we were all settled in, we were anxiously awaiting the Affiliate Dinner later that night. The guest of honor was “Brian Littleton” from Shareasale… so he was in for a roasting. In addition to taking several hits for his obsession with sweater vests, many of his close friends took time to celebrate and toast Brian, including a collection of funny videos from his staff and Shawn Collins and Missy Ward. The event was put together and hosted by Brook and Forest Schaaf. If was the first networking session for Affiliate Summit, so it was great to finally meet up with a few friends. 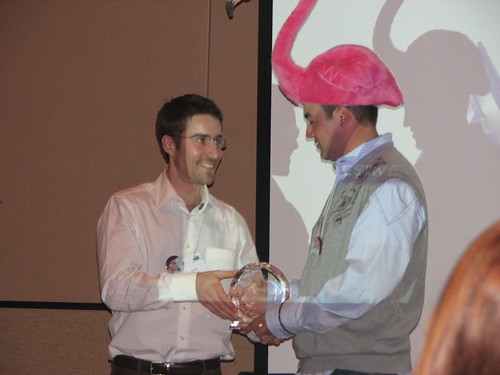 While at the Affiliate Dinner I was also able to meet up with Ian Fernando, Andrew Wee, the girls from NeverBlueAds and many more. 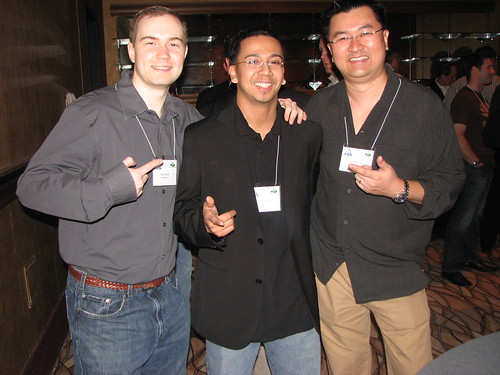 Myself, Ian Fernando and Andrew Wee

Next on the list is registering for Affiliate Summit, the Meet Market, then the awesome ShareaSale party at the palms.