One on One with Seth Petruzelli at AdTech

Branding is everything… and when you finally establish yours, you stock will immediately sky rocket. If I asked you who “Seth Petruzelli” is, I wouldn’t be surprised if many of you didn’t know who he was. However, if I asked you who “Kimbo” was, or if you saw the video of him losing, more of you would immediately say “Yes!“. Once Seth took out Kimbo Slice in his latest fight, his name has been heard all over the place. 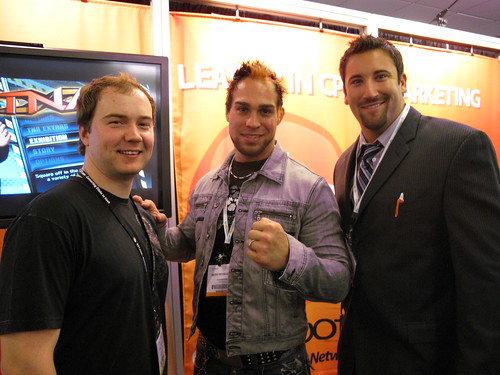 Myself, Seth Petruzelli and Graham

While at AdTech, ClickBooth was able to secure Seth Petruzelli for the entire conference event and also had a Wii setup for anyone wanting to challenge him to a TNA game. I never played the game before, and Seth had just started playing for the first time a couple hours earlier. The first to knock down the other player and count them out, was the winner. If you beat Seth, your business card would be entered to win a $500 cash prize.

After about 20 mins of playing and beating the crap out of each other in the game, I finally took Seth’s player out for the count. Neither of us knew what the heck we were doing, or how to control the guys… but after a while we finally got a hang of it. 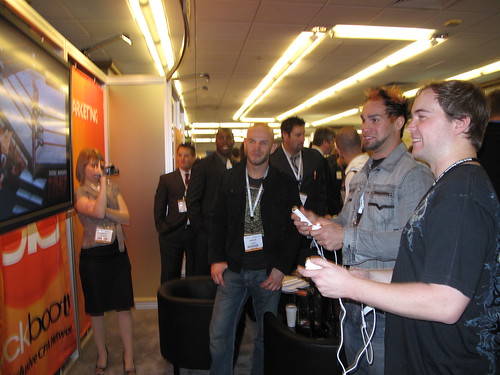 Battling It Out on the Wii with Seth Petruzelli

If you haven’t see the video already, here’s the fight between Seth Petruzelli and Kimbo Slice.

Between meeting Seth and Shawn Tompkins at SEO Think Tank, it’s been pretty cool to meet up and talk with this guys. Affiliate marketing is awesome! Where else could you make killer money, have so much fun and get to meet up with MMA fighters at networking and conference events!

17 Replies to “One on One with Seth Petruzelli at AdTech”