I’ve mentioned and recommended WickedFire a few times on this blog before. I’ve also met up with Jon (the founder & owner) a couple times in the past at events like Affiliate Summit and AdTech. Jon’s a funny guy, quite controversial at times, but like many of us, he has done well for himself online. Jon’s personal also has a blog at AOJon.com, one of his most recent blogs was on his disgust of blogs in the “make money” space. If you read his blog, you know he likes to tell it how it is, or how he really feels… his forum, WickedFire is pretty much the same. Along with being an amazing resource for information, it can also be a stomping ground at times… 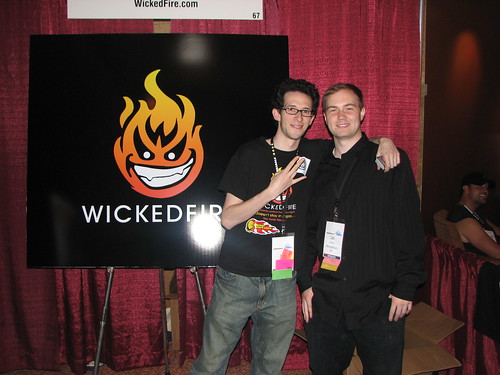 Yesterday, one of the latest threads on WickedFire came to my attention. The thread is called “John Chow, Shoemoney, Super Affiliate Mindest Camels”, which I assume comes from his frustration with “make money” blogger sites. In short, the thread was started by Jon and focused on his disapproval of three of the larger “make money” type blogger sites, specifically John Chow, ShoeMoney and Amit Mehta. Jon later on says the real reason for the post was because of some issues he had with Shoemoney, and decided to just bring everything out in a public post on his forum instead. Personally, I know all three of the guys mentioned above and outside of any business relations (because there are none), they are all good guys. Despite what may be written on their blogs, their content or what type of reviews they write, I don’t think such attacks are necessary, though I can understand and relate to frustrations with “in your face success” that some of the “make money” blogs out there write. However, now that these blogs now having a “branding power” along with their names… success can also be measured by how you are copied, your rss count, people that listen to every word you say… or even how you are attacked by others.

The thread goes on for a while bashing on the three above (whether it be their blog writings, or pictures they post), then a few posters mention other “make money” type bloggers and my name eventually comes up. The first few comments were all pretty much positive, stating that I actually provide some decent content. It wasn’t til posting #31 that someone decided to make a personal attack against myself… or at least the jacket I was wearing! You can see his full posting below:

While I’m honored to see that I’m his “favorite“… he likes to point out that I try to take advantage of the 2% residual offered from NeverBlueAds as much as I can… even though he also boasts his affiliate program referral url for NeverBlueAds at the bottom of each of his posts on WickedFire. In addition, the only reason why I can and do promote affiliate networks that I use, is because I said I wouldn’t be one of those affiliate masterminds that would make some crappy ebook and sell it for $97 in an oversaturated market as it is. This is something that I would expect Jon to respect and applaud, as he personally makes it a mission to get seek out ebooks and provide them for free through his WickedFire forums. Both Jon and I know the repetitive garbage that usually fill up on ebooks. So instead of flushing you with garbage that is already offered in every ebook, or providing you with recycled stories of success, I try and do my part to make you money with real life situations and what’s working in the market… anything that should roll over from referrals is just gravy.

I’ve been doing this for over 10 years now, and I’ve seen it all and this is no surprise to me. I’ve been through the highs and I’ve been through the lows. It wasn’t til almost a year ago that I said I would go forward with the idea of making my own blog and seeing what happens. It’s come to the point now that almost every day I’m getting an email from someone telling me how the blog has helped them and given them the first step to start making money online. That’s all I’m really looking for… I was blessed with the opportunity to start making money online when I was only 15, and would love to see others be able to change their lives and do the same. As for the WickedFire forums, I still have nothing against them… people will say what they will, and I’m sure I will run into Jon again soon enough… after all, he didn’t drag my name into this, someone else on the forum did. I’m all about YOU making more money, go join the WickedFire forums and see if you can learn something new… I just did last night!